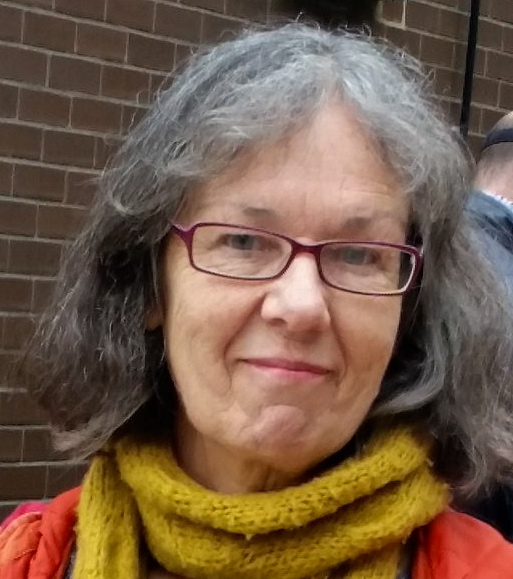 I’ve lived in Hebden Bridge for 25 years. Both my children went to school here. As well as working as a university lecturer in Leeds, Bradford and Bolton, I’ve also worked in Hebden Bridge as a WEA tutor in creative writing, a bookseller, cafe worker and freelance writer and filmmaker. I reckon this has given me a usefully rounded sense of life and work here, that would make me an effective representative of people in Calder Ward as your Councillor.

Calderdale Council and Hebden Royd Town Council would work better with a Green presence. No other parties share our key policy of one planet living - which means making sure our society and economy don’t exceed the planet’s ecological limits.

As your Green Councillor, I would work to create a safe climate and environment and a fair shares economy, and to protect and improve publicly owned and provided public services.

If you elect me, I will respond effectively to people’s calls for help and representation regarding Council and other services.

• Work with other Councillors to restore the Committee system that gives each Councillor a meaningful role in decision making.
• Oppose the Council’s implementation of the government’s new cost-cutting and privatising NHS and social care system - the Calderdale Integrated Care System - and fight to keep the NHS as a comprehensive service that cares for everyone on the basis of their clinical need - not according to financial considerations that will restrict access to treatment.
• Push for a zero waste policy for Calderdale, starting with an end to single use plastic cups in Council properties and the installation of water refill points throughout Calderdale to cut the use of plastic water bottles, supporting Yorkshire Water’s refill scheme.
• Promote biodiversity on Council-owned land, starting with replacing the Council’s use of glyphosate weed killer with ecofriendly foamstream.
• Join with other councils around the country to effectively fight central government funding cuts to local government.
• Make sure that all Council development and regeneration schemes abide by the principles of One Planet Living - which means abandoning economic growth as a goal and making sure that resource use does not contribute to climate change, biodiversity loss or unhealthy environments.
• Work to reduce air pollution by creating  transport corridors in towns and villages for walking and cycling, and pushing for other measures the public voted for in the Calderdale Green Party Air Pollution survey last year. Starting with improvements to the Hebden Bridge to Todmorden section of the Rochdale Canal towpath, which has been dropped from the CityConnect scheme.
• Push hard for all housing redevelopment and development schemes to include adequate amounts of social housing and oppose redevelopment schemes to replace social housing with so-called affordable housing.
• Do everything possible to ban the burn on Walshaw Moor Estate and prevent other environmentally unfriendly land management practices.